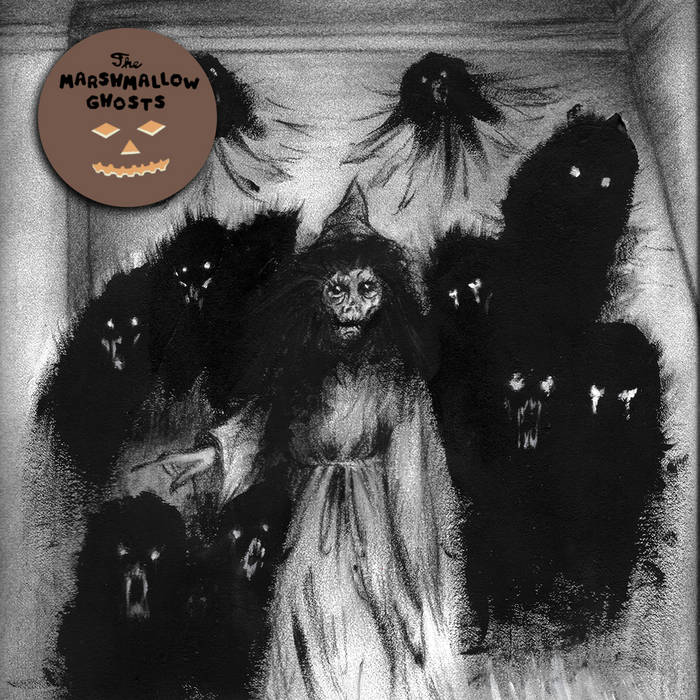 richardsj3440 I love the creativity and work that goes into each creation. It makes the holiday special for me.

VINYL NOW SOLD OUT! THX FOR YOUR SUPPORT

In 2017, we find ourselves in a “Stranger Things” culture. The most popular art is simply what you recognize immediately, regardless of the talent or creativity within. When approaching the 9th annual Marshmallow Ghosts Halloween release, I wanted a concept that was completely original.

In the past, we’ve done a feature-length film with a score, a magazine, a kids book, a charity 7-inch, a hypnotic swirl picture disc and a bunch of other fun releases. This year, we’ll do something we’ve never done before. In fact, to my knowledge, nothing like this year’s release has ever seen the light of day.

It dawned on me in May, when I started to ponder what I’ll do for Marshmallow Ghosts this year, that there’s never been a Savannah-centric ghost story album. This struck me as being bizarre, mainly because the tourist industry here claims the city to be the “Most Haunted City” in the country.

I spent the next few months researching as many local scary stories as I could find. I wanted to create a scary story album based entirely on real events and people instead of the fantastical bullshit that I hear on the ghost tours here. What I found was quite disturbing. There are none. There are no "real" ghost stories in the most haunted city in America.

How could I not find anything legit in one of the oldest cities in the country? How could there be no real ghost stories in a city allegedly steeped in all sorts of witchery? I even met with a local author that is interested in the same thing—authenticity. Yet, the only legitimate stories he could come up with weren’t even really stories, they were just passing notes or anecdotes.

It was driving me nuts and also taking up all the time I had to compose the music for this album. (The idea behind the album was to have Marshmallow Ghosts score the scary story.) After exhausting every book I could find with local folklore, ghost stories, and after speaking with several ghost tour guides, authors and “experts,” I decided it was a lost cause. A few bummed out nights passed, and then it dawned on me what the answer was. I needed to tell my scary story.

When I moved to Savannah, I was completely alone and in the worst place I had ever been mentally. A whole bunch of crazy shit went down, some of which I have never discussed even with my closest friends. The first nine months I lived in Savannah would become the scary story I was looking for. I called up Louis Claussi, who brilliantly acted in the Marshmallow Ghosts movie, and pitched him the concept hoping he would narrate it. We got together the next night and I told him at length the insanity I was coupled with during my transition to Savannah. He agreed it would work well.

There is not a teeny bit of this story that is exaggerated, as no embellishment is necessary. Some might say, I don’t find it to be scary. To those I say: try losing virtually everything you own, the majority of the business you had created from the ground up, several of your loved ones, and then move to a city you’ve just passed through, completely alone, where you have no one to call for help, guidance or to alleviate loneliness. Then listen to the album again. Real life is often scarier than fantastical stories drummed up for tourist’s amusement.

I know one thing, before I move into another house I’m going to make sure the man it was built for was not a feared mystic. That didn’t work out for me in the past. And yes, the house was seriously listed as the Witch Hat House in the advertisement I responded to online.

It’s freeing to think this album will stand on its own and isn’t sinking to the 80s/90s catch-all bullshit culture we’re living in. And yes, I realize I’m a part of that problem as well from time to time.

Perhaps we all can make our best efforts to churn out something original and let the past be the past.