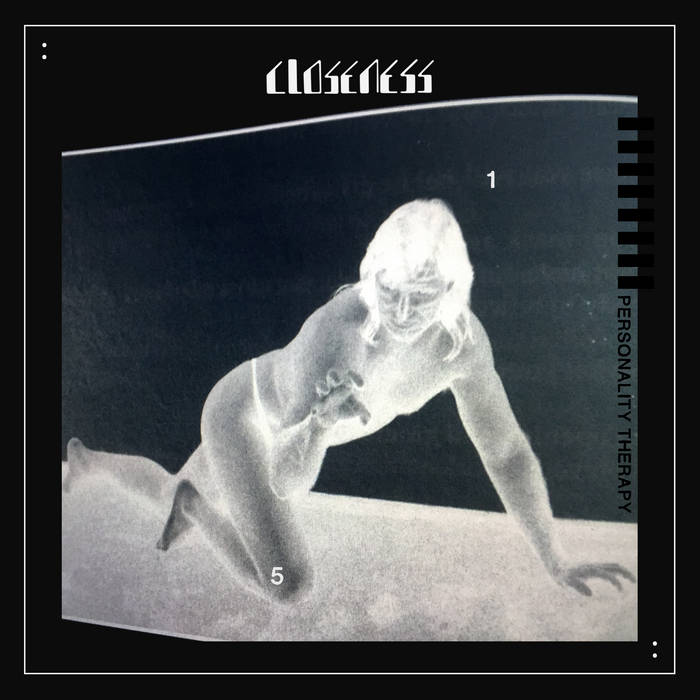 litmajor_collection Being a huge Orenda Fink/O+S/Art in Manila fan (phew!) of course I was stoked to hear Orenda had a new project, this time with her husband Todd. Personality Therapy is a fun, bright EP of weird, glassy pop, and it sounds unlike anything else Orenda has done yet. Favorite track: More Romantic.

aaronwriterguy I caught them at the end of last year opening for Todd Fink's original (I refuse to say old) band The Faint at the Slowdown. They are one of the main reasons I've gotten so into shoegaze, noise rock, math rock lately. Favorite track: Personality Therapy.

JRMorris Love the sound of the free track. Looking forward to the whole album. Make Phoenix a tour stop. We need new music!

Todd Fink (born Todd Baechle) and wife Orenda Fink converged first on tour, then in love and now in music. CLOSENESS, the couple’s first group together, is the result of two incredibly talented musicians melding in life and in art.
Both halves of this new project have work spanning a variety of venerated musical outfits. Todd is most notably the frontman of The Faint, while Orenda is best known as one-half of the slick Azure Ray, and has credits including Moby, Bright Eyes, Paul Kalkbrenner, Eric Bachmann, Delerium, Sparklehorse, and Isaac Brock.
Todd and Orenda had often talked about starting a band together after
meeting and falling in love in 2002 (married in 2005) but had always been
busy with other projects.

In 2015, they were energized to finally realize their vision for a band
together. In an amalgam of their previous work, CLOSENESS emerges with an electronic but shadowy southern gothic sound. Todd’s high-energy, cool and synthetic voice lifts and energizes Orenda’s mystical and warm-hearted aura.
Their debut work, which Todd recorded, produced and mixed in his home studio, is ripe with dreamlike scenarios, skirting the edge of otherworldliness. Pulsating rhythms boom and break around futuristic vocals from both. Together, they create a unified archetype that is moody, therapeutic and deeply inspired by the most basic questions about life, meaning, love and death.
Musically, the two are inspired by The Knife, Pink Floyd, The Zombies, Tr/st, Crystal Castles, John Carpenter, and Health. The couple also cites Alan Watts, Carl Jung, Alejandro Jodorowiski, G.I. Gurdjieff, Tibetan Book Of The Dead, i, and The Enneagram in their catalog of general influences.